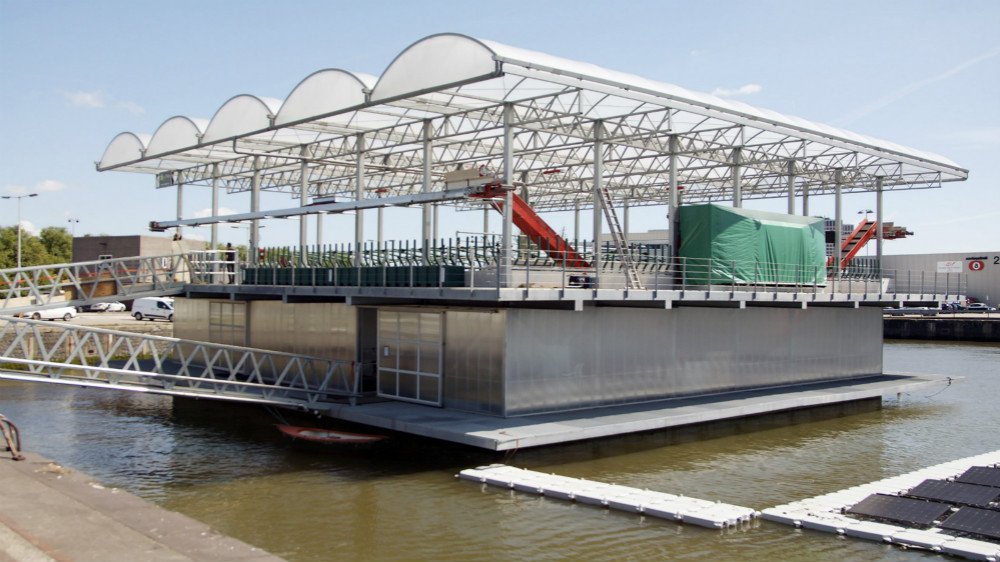 Why we should pay more attention to value change

In this series of post, we present examples of the relationship between changing values and changes in technologies, innovations and designs. These are not cases that we investigate in-depth in our project, but they do give you an idea of the relevance of our research.

Learn more about our project? Subscribe to our newsletter at the bottom of this page.

Created with sustainability squarely in mind, Rotterdam’s Floating Farm sidesteps several environmental issues associated with land-based agriculture by moving its herd of dairy cows off-shore. As its name suggests, the farm is waterborne and floats a few metres off the northern side of Rotterdam’s harbour.

Forty dairy cows live onboard the farm, but disembark every day to graze on a plot of land located nearby. Design-wise, the farm looks relatively similar to a run-of-the-mill modern barn, aside from the fact that it is surrounded by water. Despite being an agricultural project, the farm is essentially part of the city and was devised to bolster Rotterdam’s local economy via environmentally conscious methods.

Due to its location within the city’s municipal limits, the farm is able to ship its produce to customers quickly and efficiently, which reduces carbon costs related to transportation significantly. This also means that Rotterdammers can buy milk produced within walking distance of their front doors. To close the gap between producer and table even further, the farm mainly feeds it cattle with recycled, waste food it receives from restaurants based in Rotterdam, that otherwise would have been thrown away.

In addition to contributing to a circular economy that’s adapted around the cows and residents’ needs, the farm’s aquatic nature means that it uses very little land; a resource that has become increasingly scarce in the Netherlands in recent years. In fact, the farm floats on a previously empty stretch of water and effectively repurposed an unused space into an asset for the city when it launched in 2018.

The Floating Farm ties together several innovative, yet already well-established techniques to create a business model which aligns with modern consumers’ desire for sustainable, local produce. With this in mind, it is reasonable to suggest that it was developed to compliment the public’s changing understanding of acceptable or good farming practises, serving as an example of a technological project created in response to changing values in society.