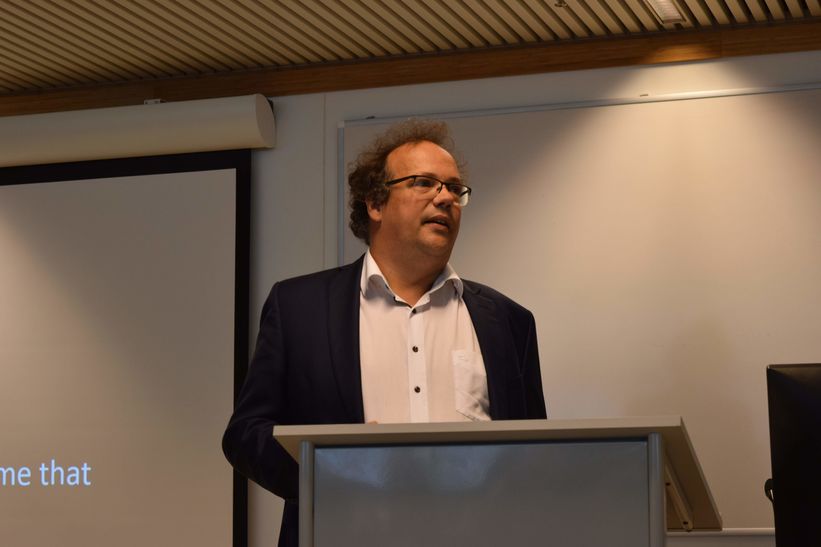 What encouraged you to initiate the project?

There were two things that interested me. Firstly, I enjoy working on larger projects like this one, which involve multiple researchers, where you can work more-or-less autonomously on a subject. I really like the intellectual freedom these kinds of projects give you. Secondly, I find the topic to be scientifically, philosophically and socially challenging. There’s a lot to get you teeth into, so to speak. It’s an important topic, which hasn’t been studied so much, that’s broad enough to allow for a range of research.

Are you currently working on something directly related to the project?

Yes, I am working on a number of papers. I am currently working on a paper about integrating values into socio-technical systems and another with Olya Kudina which aims to understand value change from a pragmatist perspective. These are the things I am concretely working on, but I plan to write other papers too, for instance something on AI and meta-values.

Could you provide an example of a situation where value change influenced the development of technology, which you find particularly interesting?

An example that I find interesting is the Eastern Scheldt Barrier in the Netherlands. There was a large flood in the Netherlands in 1953 which killed almost 2000 people. Afterwards, the government decided to close off rivers in the South-Eastern part of the country, including the Eastern Scheldt for safety reasons. This decision was made in the 1950s, but it took another three decades to complete the project. During this time, people began protesting against closing off the estuary, because it would seriously impact the area’s ecology, making it uninhabitable for certain animals and vegetation. To solve this problem, a new type of flood barrier was developed, which we now call a storm surge barrier, that is usually left open to let water into the area, but closes during floods or strong winds. In this case, a technical solution was created in response to value change, as the plans were originally devised for safety’s sake, but changed after people became concerned about the area’s ecology.

Could you name one book or article that has significantly influenced your understanding of value change? If so, please describe how.

Tsjalling Swierstra’s work on Techno-Moral Change really inspired me to think about changing values and changing morality. Especially, how values and morality change due to the influence of technology. The articles he wrote on the subject really sparked my interest.